Organised by the CONSERVATOIRE NATIONAL DE MUSIQUE FRANÇOIS MITTERRAND with the multipercussionist Christian Benning. The teachers and students of the conservatoire will participate. Free entrance. 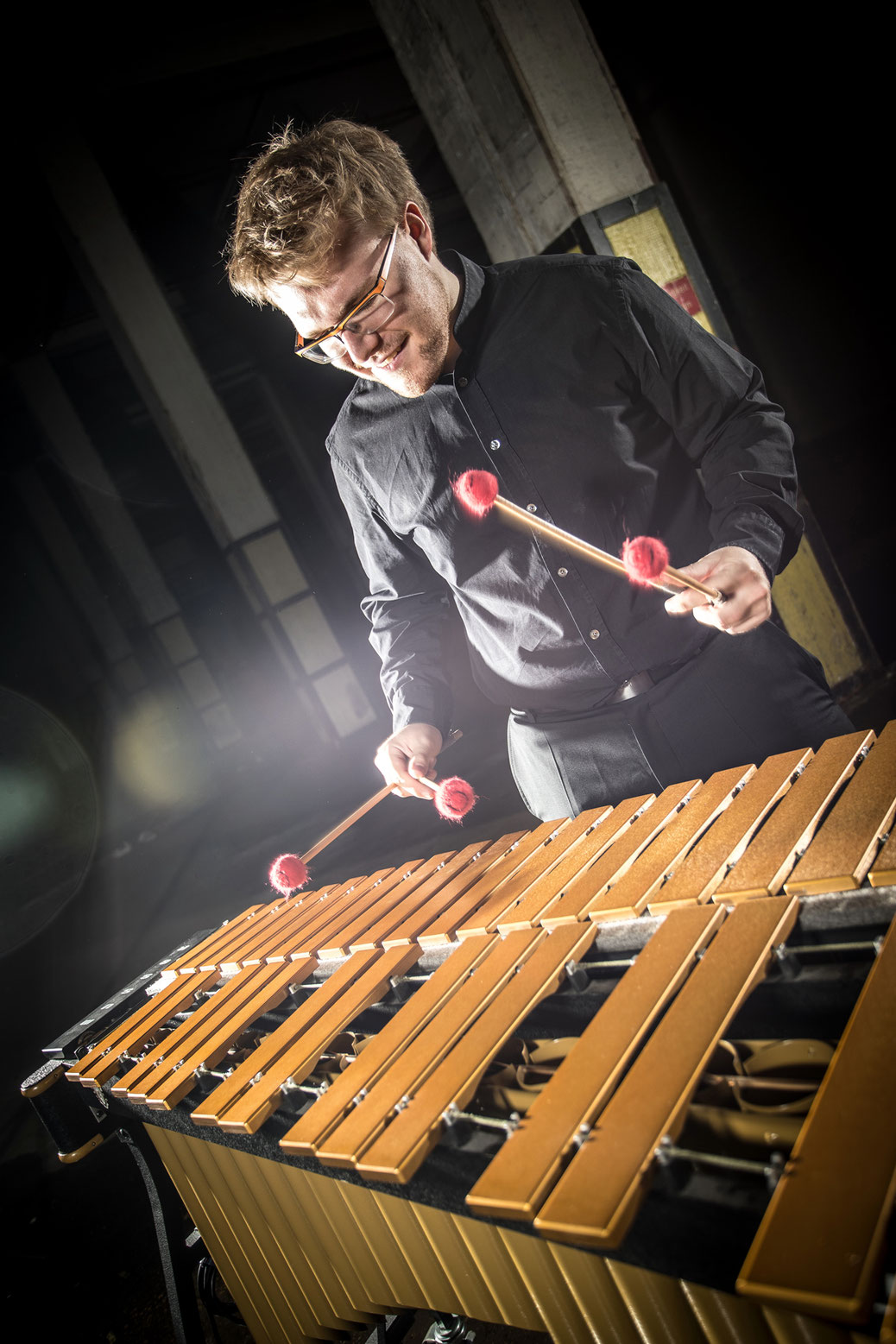 Acclaimed by audiences and critics alike, multi percussionist Christian F. Benning has been hailed as a “phenomenal“ (Sueddeutsche Zeitung) and an “absolute exceptional talent” (Forum Freising). His performances have been extolled as “rife with elegant perfection” (Muenchner Merkur). At the age of three he obtained his first drumming lesson, and at the age of eight he started playing the piano.

Since 2005 Christian has been the principal timpanist and percussionist of the “Bayerische Philharmonie”, where he had his debut of being a concerto soloist with symphony orchestra as well.

Thirteen years old, Christian Felix Benning had been matriculated as a precollege student for percussion at the “Hochschule für Musik und Theater” in Munich, where he had been taught in the percussion class of Prof. Adel Shalaby for ten semesters, until he passed his final exams at high school involving special distinctions in 2014.

Beside several successful competitions, including first national prizes of the “Jugend Musiziert” contest with maximum scores in 2010 and 2013, or the third price of the international marimba competition “Marimba Festiva 2010” in Nuremberg, a range of solo concerts and own percussion performances took place including the “Bundesrat” or the “Allianz Forum” in Berlin (as the musical framing of an award presentation for Yoko Ono), in the “Philharmonie” and in the “Prinzregententheater” in Munich, in the “New Castle” of Stuttgart, at the “Palace of Justice” in Vienna (Austria), at the international festival “Le Musicale d’Orient” in Troyes (France), as well as in “The Abbey” in San Diego (CA) or at “Goodwin Hall” in Baltimore (MD) in the USA. Moreover he featured the “Audi Sommer Concert Series 2015” as a soloist under the conducting of Kent Nagano, and he played on several international stages, inter alia Luxemburg, Switzerland, Chech Republic, Poland, South Korea, Egypt or Oman with established orchestras and ensembles like the “Hugo Strasser BigBand”, the “Munich Percussion Ensemble”, the “Collegia Musica Chiemgau”, the “Euregio Chamber Orchestra”, the “Munich Philharmonic Orchestra” and with the “Franz Schmidt Chamber Orchestra Vienna”.

In 2014 Simone Rubino, Richard Putz, Sergey Mikhaylenko and Christian Felix Benning founded the “Esegesi Percussion Quartett”. Multitudinous concerts at prestigious international festivals like the “Rheingau Festival” in Frankfurt, the “Schleswig-Holstein Musikfestival”, the “Heidelberger Frühling” or at “La Folle Journeé de Nantes” France have been presented and are planned for the upcoming months. In addition, Christian Benning continuously receives invitations as a soloist for several concerts and evets, recent to a nationwide radio concert of the “ARD” in Karlsruhe, as solo instrumentalist of the world’s biggest choire festival “Various Voices” in the Philharmonic Hall of Munich,, with several orchestras to the “HerculesHall” of Munich, or to the “Laeiszhalle” in Hamburg.

Benning plays solo recitals as well as concerts as a soloist with his own ensemble “Percussion No. 1”, which he founded in 2014 and that is enriching his solo repertoire. In this constellation he recently performed at the “UniCredit Festival Night” of the Bavarian State Opera (Munich), or at the open air festival “Fronhofkonzete” (Augsburg), where “the precision of the band only was topped by the joy the musicians shared on stage with the audience” (Augsburger Allgemeine: “Christian Felix Benning: Fascinating percussionist”).

In 2013 Benning was admitted to the “Deutsche Stiftung Musikleben” and to the “Bayerischer Tonkuenstlerverband”; since 2014 he has been a scholarship holder of the “Studienstiftung des Deutschen Volkes. In 2015 he was elected for being the youth counselor of “Percussion Creativ”, Europe’s biggest percussion society. In 2014 Christian has been awarded with the “Tassilo Kulturpreis of the Sueddeutsche Zeitung” and in 2016 with the “Pasinger Kunst- und Kulturpreis”.

In 2017 he absolved a semester abroad at the “Peabody Conservatory of the Johns Hopkins University” in Baltimore (MD, USA  in the percussion class of Prof. Robert van Sice. During his US residence he gained invitations to the “Curtis Institute” (Philadelphia) and the “Yale School of Music” (New Haven) as well. His US solo debut took place in San Diego (CA).